You Are Here:Home>Obituaries>Dixie Lee Hendricks 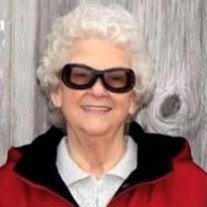 Dixie was a life-long resident of Boone County and graduated from Sheridan High School in 1959. She received her nursing degree in 1962 from Methodist Hospital School of Nursing.

Dixie was employed as a registered nurse at Witham Memorial Hospital and later at the Koala Hospital in Lebanon before retiring in 1995.

She was a member of the Church of Christ at Gadsden. Dixie was a devoted wife, mother, and grandmother. She enjoyed sewing, playing the piano, hosting family meals, and playing practical jokes. Dixie had great joy when spending time with her family.

In addition to her parents and husband, Dixie was preceded in death by her brother, Chuck Barnes, and her sister, Jane Cain.

Funeral Services will be held at 10:30 a.m. on Saturday, May 1, 2021, at the funeral home in Lebanon. Interment will follow at Oak Hill Cemetery in Lebanon, Indiana.