You Are Here:Home>Obituaries>Donald “Don” Eugene Marvin 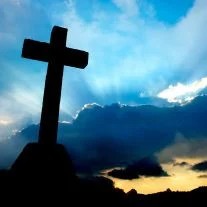 Donald “Don” Eugene Marvin, 56, passed away on Thursday, December 3, 2020 at Witham Memorial Hospital in Lebanon. He was born in Lebanon, Indiana on July 20, 1964; a son of the late William and Catherine (DeMougin) Marvin.

He was a 1983 graduate of Lebanon High School. He was employed with XPO Logistics in Lebanon. Don loved his family, fishing and anything to do with nature.

Sister: Elaine A. Courtney of Lebanon

In addition to his parents, Don was preceded in death by a nephew, Douglas A. Marvin, II.

Visitation will be held from 1:00 p.m. until the time of service on Saturday at the funeral home in Lebanon.

Memorials may be made in his honor to the Boone County Cancer Society or the charity of the donor’s choice.