You Are Here:Home>Obituaries>Dorothy May Westerfield 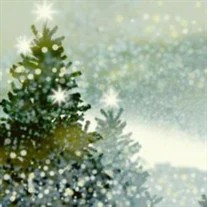 On February 5, 1950, she was married to Claude Edward Westerfield at the home of Rev. Sharp; they shared 59 loving years together before his passing on June 11, 2009.

Dorothy was a devoted wife, mother, and grandmother. She enjoyed reading and knitting beautiful scarves and blankets for her family.

In addition to her parents and husband, Dorothy was preceded in death by four brothers.

Private Burial of Ashes will be held at Mts. Runn Cemetery in Zionsville, Indiana.

Myers Mortuary and Boone County Crematory in Lebanon, Indiana have been entrusted with her cremation arrangements.

Memorials may be made in her memory to the charity of the donor’s choice.