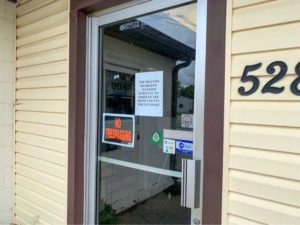 By order of the Boone Circuit Court, the Draught Board has closed after operating for several years in receivership. According to court documents, CentreBank, formerly the Veedersburg State Bank, held a lien and appointed John Forbes as the receiver in 2011. The owners Andrew and Susan Butts, declared bankruptcy in 2011. At that time, the value of the property and assets, including the liquor license, was valued at $176,000. More details in the Lebanon Reporter.