You Are Here:Home>Obituaries>Edward “Ed” Orval Rice 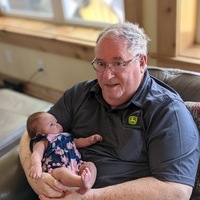 Edward “Ed” Orval Rice, 83, of Thorntown passed away on Friday, September 24. He was born on February 2, 1938 in Lebanon, Indiana. He was the son of Haven and Bessie Rice.

Ed ran the family farm before taking a job at the Lebanon branch of the Bureau of Motor Vehicles (BMV) where he worked for many years as the branch manager.

Ed was an active member of Dover Christian Church and served as an elder for many years as well as being a Sunday school teacher and singing in the choir or leading worship. He was an avid antique collector, reader and an accomplished artist. When he wasn’t out antiquing you could find him in the endzone or courtside at Western Boone football & basketball games of which he was a proud supporter.

He is preceded in death by his parents, an infant brother, his wife, Judy, and his wife, Donna, and grandson, Mitchell Rice.

The funeral will be held on Saturday, October 2 at 11 a.m. with visitation one hour prior, at Dover Christian Church, followed by interment at Dover Cemetery.

In lieu of flowers, memorial contributions may be made to Dover Christian Church or Western Boone Athletics.

Final care of Ed has been entrusted to the Strawmyer & Drury Mortuary, 2400 N. Lebanon Street, Lebanon. You are invited to visit the website where you may sign his online register and leave a personal message www.strawmyerdrury.com.