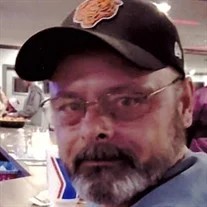 Ed was employed with Case New Holland (CNH) and Ken’s Food in Lebanon. He was a longtime member and a Trustee of the Fraternal Order of Eagles #2062 in Lebanon. Ed loved spending time with friends and family. He was an avid Chicago Bears fan and was a loyal and true friend to all who knew him.

Ed was preceded in death by his father and sisters, Naomi, and Michelle.

Myers Mortuary and Boone County Crematory have been entrusted with his cremation arrangements. In lieu of flowers, memorials may be directed to the Lebanon Eagles.