You Are Here:Home>Obituaries>Florence Belle Minor 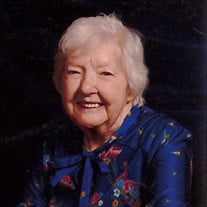 Mrs. Florence Belle Minor, 94, passed away at Homewood Health Care in Lebanon on Thursday, May 20, 2021. She was born on September 2, 1926 in Lebanon, Indiana, a daughter of the late John B. and Gertrude (West) Shirley.

Belle worked for Indiana Bell Telephone Company for a few years before staying home to raise her family.

She was a faithful member of Mechanicsburg Christian Church and a member of the American Legion Auxiliary. She enjoyed reading, music, watching western movies, gardening, fishing, visiting with friends, square dancing, playing Euchre and family gatherings.

Visitation will be held from 2:00 p.m. until the time of service on Saturday at the funeral home in Lebanon. Interment will follow services at Oak Hill Cemetery in Lebanon.