You Are Here:Home>RadioMom Local News>Frankfort Fire Called To Blaze At Frito Lay 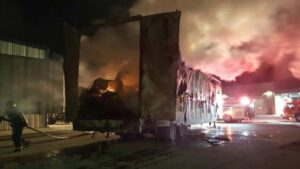 Firefighters started an interior attack on the fire and pulled the trailer out of the shed. Although the fire was under control within 40 minutes, both the trailer and maintenance shed sustained significant fire damage. 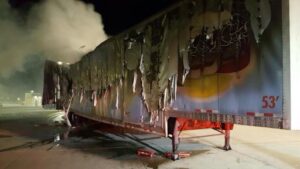 Firefighters remained on scene for an additional four hours, managing hot spots and pulling cardboard out of the trailer. Four off-duty firefighters were called in to provide coverage for the rest of the city. No injuries to employees or firefighters were reported.