FRANKFORT, Ind. – Officer Zachary Nichols and Captain Cesar Muñoz were presented with department awards for their involvement in separate incidents during 2021. Both officers received their awards from Mayor Sheets and Chief Shoemaker at a meeting of the Board of Public Works and Safety on Monday, January 24, 2022.

“Captain Muñoz and Officer Nichols used their training, skills and dedication in these very critical situations to save each of these lives or to prevent serious injury from a fall. In recognition of their courageous actions, professionalism and caring commitment, we are proud to present these awards to them,” Shoemaker said.

Officer Nichols is also the 2021 Frankfort Police Officer of the Year. He has been instrumental in the purchase of our new firearms, SWAT equipment and has modernized our training program. With all of that, he has been a very active officer in the patrol division. 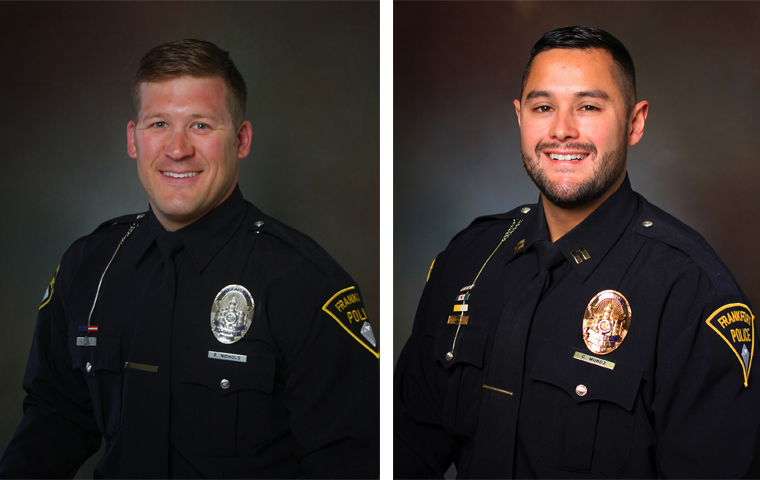 Frankfort Police Officer Zachary Nichols (left) and Captain Cesar Muñoz were presented with department awards for their involvement in separate incidents during 2021 during the Board of Public Works and Safety on Monday, January 22, 2022. (Photos provided by Frankfort Police Department)