Frankfort, IN.—September 23, 2020—The Frankfort Police Department Narcotics and Patrol Divisions along with the Clinton County/Frankfort Special Weapons and Tactics team served a search warrant in the 600 Block Elmwood Drive. The warrant was obtained after an investigation revealed the residents were allegedly dealing drugs. Arrested were: Nicholas Ruiz (age 30) of 650 Elmwood Drive, Frankfort on Dealing a Narcotic (Heroin), Dealing a Narcotic (Fentanyl), Possession of Narcotic Drug, Possession of Methamphetamine and Maintaining a Common Nuisance. 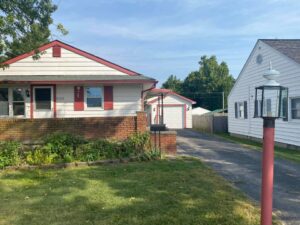 “In the last two months we have responded to two overdoses at this residence,” said Chief Scott Shoemaker. “It is a sad situation for these people to be in but with multiple arrests in the past and multiple chances to turn their lives around, they decided to continue to deal this poison to others.”

“On July 24, 2020 and August 29, 2020, Officers provided Narcan at this address,” Shoemaker continued. “On one of these incidents a responding officer had to perform CPR.”

Formal charges will be considered by the Clinton County Prosecutor. All persons are presumed innocent until proven guilty. Pursuant to Indiana Public Access Laws, I.C. § 5-14-3-5, certain factual information relating to the identity of a person arrested or jailed and the agency’s response to a complaint, accident or incident must be made available to the public.