You Are Here:Home>Obituaries>Gladys (Jean) Munden 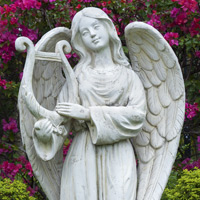 Jean was born in Indianapolis to Walter and Dorthy (Frazier) Munden on Jan. 26, 1945. She also lived in Lebanon with her twin brother, Charles in Ray and Irene Burtner’s home during their teenage years.

Jean married John Simmons and they later divorced. She worked for KMJ Printing and then moved on to the Waters and Parkwood as a housekeeper.

Jean enjoyed spending time with her family and going to her grandson’s Special Olympics games and practices. She especially enjoyed her sleepovers with Brady.

At Jean’s request, she will not have any services and will be cremated. Her children will hold a celebration of life service at a later date. Memorial contributions may be made to the Special Olympics of Boone County.

Final care of Jean has been entrusted to the Strawmyer & Drury Mortuary, Lebanon.