Grandmother and granddaughter shot to death outside Frankfort automotive plant, suspect in custody

You Are Here:Home>RadioMom Local News>Grandmother and granddaughter shot to death outside Frankfort automotive plant, suspect in custody

Grandmother and granddaughter shot to death outside Frankfort automotive plant, suspect in custody

CLINTON COUNTY, Ind. – Two victims were found shot to death, a grandmother and her granddaughter, at a recently opened NHK Seating of America automotive plant located at the interchange of I-65 and State Road 28 outside of Frankfort, IN, Wednesday afternoon, 4:15 p.m., according to the Clinton County Sheriff’s Office. The lone gunman is in custody.

Pamela Sledd, 62, and Promise Mays, 21, both of the Rossville area, were reporting to their second-shift work when Gary Ferrell II, 26, Frankfort, allegedly exited the NHK facility during shift change, opened fire, killing both. 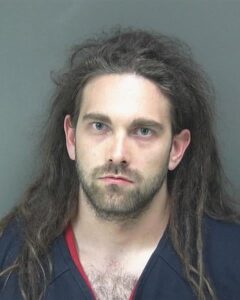 Mug shot of Gary Ferrell II. Ferrell is accused of killing two females at the NHK Seating of America automotive plant outside of Frankfort, IN, on Wednesday, August 18, 2021. (Photo from Clinton County Sheriff’s Office)

“My staff took approximately nine 9-1-1 calls in a short time,” said Crick. “My staff immediately dispatched police, fire, and EMS out to the NHK facility. We were able to immediately gather pertinent information, which included suspect information. My staff was able to quickly put that out to our officers and, in turn, helped locate our suspect.”

Sheriff Kelly described the actions of a Deputy on duty in the area, “Within just a minute to two minutes of the initial dispatch going out, we had Deputy Dennis Tillman from the Clinton County Sheriff’s Office in the area. He was able to identify the vehicle and then engage in a pursuit. The suspect vehicle failed to yield to his emergency lights and accelerated up to speeds of 90 to 100 miles per hour, going eastbound on State Road 28, at which time the pursuit ended in the construction zone in Frankfort.”

He was taken into custody without incident following the crash with assistance from officers with the Frankfort Police Department.

“This is something you can’t prepare for, but watch it happen in other cities and other states, other areas, and other parts of this world and you hope and pray it never happens at home,” said Kelly.

Formal charges from Clinton County Prosecutor Anthony Sommer are pending and Kelly stated it was too early in the investigation to determine if the shooting was random or targeted. 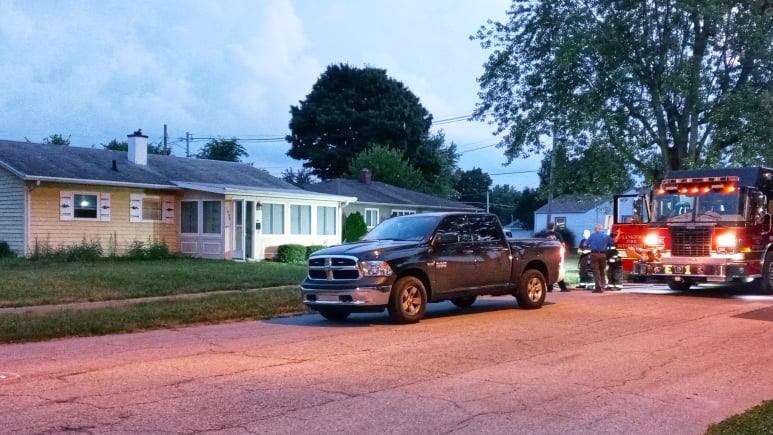 Law enforcement officers search the home of Gary Ferrell II in the 1800 block of Washington Dr in Frankfort, IN. Ferrell is accused of killing two females at the NHK Seating of America automotive plant on Wednesday, August 18, 2021. (Photo by Brett W. Todd)

Sheriff Kelly released the following statement after the press conference:

“I am deeply angered and appalled by the violent crime that took place in our community this afternoon.

This behavior will simply not be tolerated. We are working feverishly with the Clinton County Prosecutor’s Office to gather evidence and statements so that we may move forward with charges in the next couple of days.

I want to express my sincere condolences to the family of Ms. Sledd and Ms. Mays. I pray they are in the hands of God this evening and that their families can find comfort in the days and weeks ahead.

To the employees of NHK who witnessed this horrifying scene, our chaplains will be available, as will counseling provided by NHK.

Our hearts are with all of you.

To my Deputies- ‘the wicked flee when no one pursues, but the righteous are bold as a lion (Proverbs 28)’… This afternoon you pursued evil and you chased him into an unknown, where you safely apprehended him with no harm to yourselves or to others. I am humbled with pride to represent such bravery and professionalism.

To the other responding officers of Frankfort Police and Mulberry, I thank you for following us into the fight.

I can’t give our Central Dispatch enough credit for the amazing job they do getting our first responders vital information to render aid to victims and to capture suspects.

I want to personally thank all of the other agencies who supported the Sheriff’s Office this afternoon- the American Red Cross, ISP, FBI, ATF, Coroner’s Office, EMS, Fire, and our wrecker services from Jerry’s and Miller’s.

Thank you to our Chaplains for their response to our scene and to our Correctional Staff for their professionalism in receiving the suspect.

Our first responders are all top notch in their respective professions and I am proud to serve with all of them!

Please continue to pray for the families of the victims. Pray for NHK. Pray for our First Responders. Love and support one another and stay safe.”