You Are Here:Home>Obituaries>Harold E. Maddox (Butch) 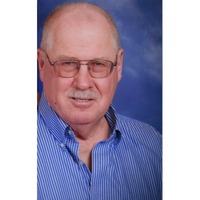 Mr. Harold E. Maddox (Butch), 81, of Lebanon, went to heaven a shouting love for the Father and The Son.  He passed away Sunday, Nov. 20, 2022, at Witham Memorial Hospital in Lebanon.

Born Dec. 2, 1940, in Lebanon, a son of the late Edgar and Juanita Wilhoite. Due to a serious illness, he was adopted by his biological father’s brother Zeke Maddox and his wife Treva (Krengel) Maddox.  He spent his early years in Frankfort but moved to Lebanon and played football at Lebanon, loving every minute. Upon completion of school, he went to work for Stewart Warner and then spent his career at Yellow Freight – first on the docks then local deliveries. Working until injuries forced his early retirement.

Butch loved fishing, especially for bass and croppie. He also loved NASCAR racing and was a fan of Jeff Gordon and now Hendricks Motor Sports. One of his favorite memories was   driving 160 mph around the track of the Charlotte Motor Speedway with a professional driver. He also attended races at Talladega and Bristol along with for years the Brickyard 400.   Vacations were an exciting time for Butch and his wife as they have traveled to every state in the U.S with Alaska being his favorite.  They also enjoyed Holmes County, Ohio and with a favorite place of Branson, MO – sometimes going three or four times a year. He was also a big IU basketball fan.

He was a member of the First Baptist Church, along with the Fraternal Order of Eagles Lebanon 2062.

Butch met and dated  for two years  before marrying  his loving wife, Sylvia Maddox of Lebanon on April 2, 1979 as they shared 42 years together; children of the two were: sons, Ron (Judy) Harlos of Waynetown and Mike (Lisa) Harlos of Thorntown; daughters, Darlene (Chris) Pitman of Warner Robbins, GA, Danette (Rob) Bertulli of Ft. Myers, FL, and Sheri (Tadd) Kimmel of Frankfort; nine grandchildren; and 9 great grandchildren. He leaves behind a  half- brother, Bud Halfaker.

Harold was preceded in death by a half-sister; his parents and an unexpected biological  mother he meant when he was 65 and got to spend a few years getting to know.

Family and friends will gather Monday, Nov. 28, for visitation from 10 a.m. until the time of the funeral service at 1 p.m. with Pastor David Wright officiating in the Strawmyer & Drury Mortuary, 2400 N. Lebanon Street, Lebanon.

Memorial contributions in his memory may be made to the fishing pond at First Baptist Church, c/o Cedars Activity Center, 1383 E. 75 N., Lebanon, IN 46052.