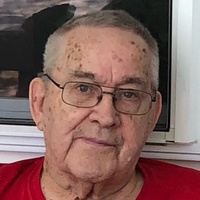 Henry worked for many years as a custodian at Perry Worth Elementary School. He enjoyed gardening and woodworking, along with working jigsaw puzzles and reading.

Final care of Henry has been entrusted to the Strawmyer & Drury Mortuary, 2400 N. Lebanon Street, Lebanon. Memorial contributions in his memory may be made to a charity of the donor’s choice.