You Are Here:Home>Obituaries>Herbert A. “Sonny” Wathen 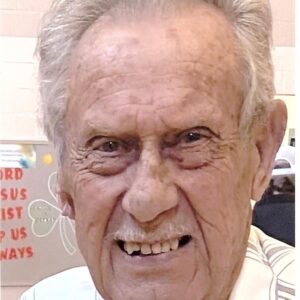 Sonny worked as a finish carpenter for Paul Blanton Construction Company, retiring in the mid-1990s. He was a member of the Thorntown American Legion and served with the military honor guard. He enjoyed tending to his vegetable garden and sharing the fruits of his labor.

Visitation will be held on Friday, January 27, 2023, from 4:00 to 8:00 p.m. at Myers & Hunt Mortuary, 116 West Plum Street, in Thorntown, Indiana. Funeral Services with Military Rites are planned for 10:30 a.m. on Saturday, January 28, 2023, at the funeral home with Pastor Bruce White, officiating. Interment will follow services at Maple Lawn Cemetery in Thorntown.