You Are Here:Home>Obituaries>Homer James Nevins 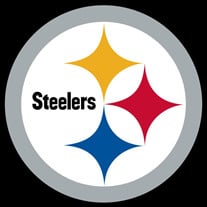 Homer James Nevins, 18, passed away peacefully on Friday, December 3, 2021, at home in Brownsburg, Indiana, with his loving family by his side. Just shy of 19th birthday, he was born on December 4, 2002, in Greenwood, Indiana; a son of Steven James Nevins and Alicia Jean (Thompson) Nevins.

He attended schools in Oxford, Alabama, Lebanon High School and Brownsburg High School. While at Lebanon, he played football.

James was a good, respectful young man. He loved his family whole-heartedly and loved sitting and visiting with them. James had a special bond with his cousin, Gabriel Thompson of Indianapolis. He was a huge fan of the Pittsburgh Steelers and was a lifetime member of the Southern Poverty Law Center of Birmingham, Alabama.

Funeral Services are planned for 1:00 p.m. on Tuesday, December 7, 2021, at Myers Mortuary, 1502 North Lebanon Street, in Lebanon, Indiana.
Visitation will be held from 11:00 a.m. until the time of services.
Boone County Crematory has been entrusted with his cremation arrangements following services.

Memorials may be given to in James’ memory for research to the Sarcoma Foundation of America, P.O. Box 98160, Washington, DC 20090 or www.curesarcoma.org.