You Are Here:Home>Obituaries>Homer Lee Ping 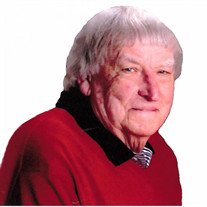 Lee was a skilled carpenter who built custom homes through the family business of Ping Brothers Construction. He was a member of Ulen Country Club, an avid golfer and enjoyed watching IU basketball. Lee was a devoted husband, father and grandfather and he enjoyed his family tremendously.

Visitation will be held on Tuesday from 9:00 a.m. until the time of service at the funeral home in Lebanon.

Those attending are asked to follow the CDC guidelines, please wear a mask and practice social distancing. Due to the current pandemic, the services may be viewed by family and friends on the Myers Mortuary Facebook page beginning at 11:00 a.m. on February 2.

Interment will follow services at Oak Hill Cemetery in Lebanon.

Memorials may be made in Lee’s memory to the charity of the donor’s choice.