You Are Here:Home>RadioMom Local News>Hood Promoted To Major Of Road Operations 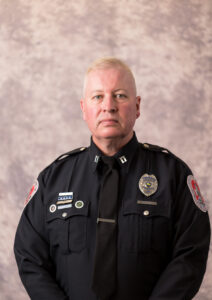 Hood is a graduate of New Castle High School and Ball State University. Hood is also a veteran of both the United States Army and United States Navy. Additionally, Hood is a long-time volunteer with the Little League baseball and softball programs along with the YMCA.
Hood is married to Deanna Kouns Hood, a teacher in the Lebanon Community School Corporations. Hood and his wife have two adult children; Sam who currently serving in the United Stated Air Force, and Daniel who is attending Ball State University.