You Are Here:Home>Obituaries>Howard Jay Stanley 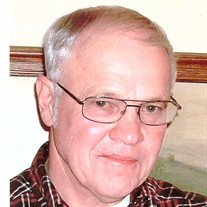 Howard Jay Stanley, 77, of Lebanon, Indiana, passed away early Thursday morning, May 6, 2021, of Chronic Lymphocytic Leukemia. He was born on November 19, 1943 in Grant County, Indiana, to the late Wilbur and Marie (Fey) Stanley.

He was a 1962 graduate of Jefferson Township High School. He attended Lincoln Technical Institute, taking master automotive courses in 1968. He had served his country honorably in the United States Army from 1964–1967, stationed in Germany.

Howard was married to Connie Harkins on October 21, 1972 in Marion County, Indiana; she survives.

He worked at McLemore’s Shell Station in Indianapolis from 1968 until October 1972. He then worked at Pearson Ford from November 1972 until January 1988 when he became self employed as owner of New Augusta Auto Service in Indianapolis.

Funeral Services are planned for 11:00 a.m., Wednesday, May 12, 2021 at Myers Mortuary, 1502 North Lebanon Street, in Lebanon, Indiana.
Visitation will be held from 9:00 a.m. until the time of the service.
Interment with Military Rites will follow at Oak Hill Cemetery in Lebanon, Indiana.

In lieu of flowers, memorials may be directed in Howard’s memory to the Humane Society for Boone County, P.O. Box 708, Lebanon, Indiana 46052 or to the Leukemia and Lymphoma Society, 11550 North Meridian Street, Carmel, Indiana 46032.