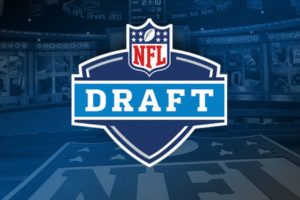 (Nashville, TN) — The 2019 NFL Draft begins tomorrow in Nashville. The first round of the draft will take place Thursday while the remaining the six rounds span Friday and Saturday. The Colts own the 26th pick in the first round.

>>Pacers Get Approved Funding For Arena

(Indianapolis, IN) — The Pacers are on the path to staying in Indianapolis for another 25 years. The Indiana Senate voted to concur a bill that will pave the way for renovations at Bankers Life Fieldhouse. The investment would go toward year-round vents at the arena and would commit 800-million-dollars toward operating expenses. The bill will go to the Governor’s desk in the next step in the legislative process.

(Lawrenceville, GA) — Alex McRae gave up four runs over four and two thirds innings as the Indians fell 5-2 on the road to Gwinnett. The Indians dropped to 10-and-7 on the season. The two will square off again tonight with the Indians looking to bounce back.