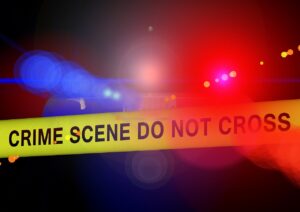 (Indianapolis, IN)  —  Police in Indianapolis say last night’s mass shooting at a FedEx facility only lasted “one to two minutes.”  Deputy chief Craig McCartt told CNN that the deadly shooting that claimed nine lives, including the gunman’s, was “very short.”  McCartt said the suspect got out of his car at the FedEx shipping center near Indianapolis International Airport and immediately began shooting in the parking lot.  The suspect then entered the facility and continued shooting.  McCartt said he believes the shooter took his own life after police arrived.  Police found eight victims deceased both inside the building and in the parking lot.  They’re still working to identify the victims and the gunman.