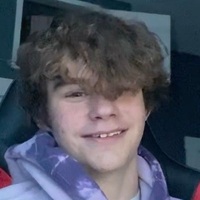 Izak was born January 8, 2007, in Lebanon, a son of Jacob Matthew and Jena Lynn Clark.

Izak was in the freshman class at Western Boone High School. He was a skater and loved riding with his friends.  He enjoyed boxing and playing sports, including football, soccer, and basketball. Izak was also a gamer and an avid fan of the Green Bay Packers.

Izak was preceded in death by grandfather, Frank Clark.

Family and friends will gather Saturday, September 4, for visitation from 12 p.m. until the time of the funeral service at 2 p.m. in the Strawmyer & Drury Mortuary, 2400 N. Lebanon Street, Lebanon. Izak will be laid to rest at Maple Lawn Cemetery in Thorntown. Memorial contributions in his memory may be made to a charity of the donor’s choice.