You Are Here:Home>Obituaries>Jackie Lee Nix 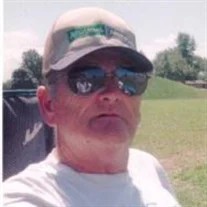 Mr. Jackie Lee Nix, 80, of Lebanon, passed away on December 16, 2020 at Witham Memorial Hospital in Lebanon. He was born in Spencer County, Indiana, on November 3, 1940; a son of the late William and Clara (Gasser) Nix.

Jackie attended Chrisney High School in Spencer County. On May 13, 1966 in Carmel, Indiana, Jackie was married to Sharon S. (Bayless) Nix; she survives.

He joined the Indiana National Guard, where he worked for 22 years in the canvas repair department and was a military policeman. He later worked as an over-the-road truck driver, retiring after forty years of hard work and dedicated service.

Jackie enjoyed watching western movies, fishing, and taking care of his loyal, four-legged companion, Bo-D. He was a devoted husband and father who loved his family, and cherished spending time with his grandkids.

One great grandchild on the way

Jackie was preceded in death by a brother, Clayton Nix and one sister, Mary Nix

Due to Jackie’s wishes, no services will be held. Myers Mortuary and Boone County Crematory have been entrusted with his cremation arrangements.