You Are Here:Home>Obituaries>James A. Hise Jr. 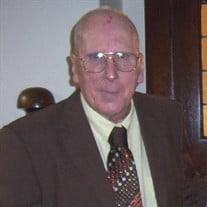 Mr. James Allen Hise, Sr., 79, passed away on Wednesday, October 6, 2021, at Witham Memorial Hospital in Lebanon, Indiana. He was born in Indianapolis on May 10, 1942, a son of the late Jesse A. and Mae E. (Wagoner) Hise.
Jim graduated from Pike High School in 1960 and then attended the Indiana Bible Institute.
On October 4, 1963, he was married to Linda L. (Bowles) Norton in Indianapolis. They divorced but remained good friends.
Jim worked for the Ford Motor Company for many years as an inspector although he was a Pontiac GTO enthusiast. He enjoyed watching Western shows on the television and hunting in the great outdoors.
Survivors includes companion and caregiver: Linda L. Norton of Colfax; children, James A. (Tracy) Hise, Jr. of Crawfordsville, Christina Lind of Colfax, Jason (fiancée, Pamela) Hise of Tuscaloosa, Alabama; eleven grandchildren; eleven great grandchildren; brother, Jesse (Sharon) Hise of Arizona along with several nieces and nephews.
In addition to his parents, Jim was preceded in death by a brother, Richard Hise and his wife, Mary; and a sister, Carol Curtis and her husband, Gay.
Funeral Services are planned for 11:00 a.m. on Tuesday, October 12, 2021, at Myers Mortuary, 1502 North Lebanon Street, in Lebanon, Indiana.
Visitation will be held from 9:00 a.m. until the time of service at the funeral home in Lebanon. Interment will follow services at Plainview Cemetery in Colfax