You Are Here:Home>Obituaries>James (Jim) Edwin Jones 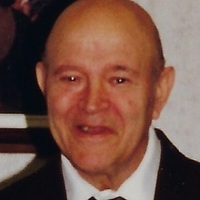 James enjoyed participating in Special Ed programs, beginning in Porterville, CA, where his parents helped found the Porterville Sheltered Workshop, and also at Main Street Enterprises (now BCArc) upon moving back to Lebanon in 1982. He was mechanically and mathematically oriented, always collecting odometers, calculators and gadgets.  James was known for his outgoing personality and being able to identify the weekday that someone was born. As an adult, he enjoyed participating in the Special Olympics and bowling tournaments, winning ribbons and trophies.  He was a member of the Porterville Christian Church and attended Mount Tabor Baptist Church in Lebanon.  James was a resident at the Waters of Lebanon since April 2007, and considered the staff and residents his second family.  Jim enjoyed participating in the Waters of Lebanon’s many activities, including his beloved Bingo.

A private family service will be held on Saturday, Sept. 5, 2020. James will be laid to rest at Oak Hill Cemetery in Lebanon. Final arrangements have been entrusted to the Strawmyer & Drury Mortuary, 2400 N. Lebanon Street, Lebanon.