You Are Here:Home>Obituaries>James M. “Jim” Riddle 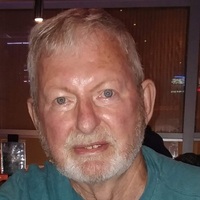 Jim was born July 5, 1941, in Lebanon, a son of the late John and Cora Mae (Byrkett) Riddle. His family moved to Lebanon in 1956 and he graduated Lebanon High School with the Class of 1959. On September 5, 1959 he married the girl whose locker was next to his in high school, Marilyn Smiley, a loving union that lasted over 61 years. In 1964 the couple welcomed their only child, Scott D. Riddle.

Jim and Marilyn started farming down the road from where they would eventually establish their homestead. Jim grew up on the family farm in Dover and always had a special place in his heart for farming and gardening with his son. Jim and Marilyn cherished the many friends and wonderful memories made square dancing. He also enjoyed playing cards, the Elks Supper Club, bluegrass music and trips to Las Vegas or any casino nearby. There was one thing in particular that brought Jim great joy and that was supporting his grandson Carson and all of his endeavors, they shared a special bond.

Jim worked at the Rock Island Refinery in Indianapolis for 21 years until it closed in 1993 and then at Johnson Control Facilities West for 10 years retiring in 2003.

In addition to his parents, Jim was preceded in death by his in-laws, Robert and Maude Smiley; brothers-in-law, Richard Camp, Robert Smiley, Benny Smiley and Norman Smiley and sister-in-law, Alice Shelly.

Family and friends will gather Sunday, June 6, 2021 for visitation from 2 p.m. until the time of the memorial service at 4 p.m. with Chaplain Charles Sawyer officiating in the Strawmyer & Drury Mortuary, 2400 N. Lebanon Street, Lebanon. Memorial contributions in Jim’s memory may be made to Boone County Cancer Society.