You Are Here:Home>Obituaries>James M. Martin 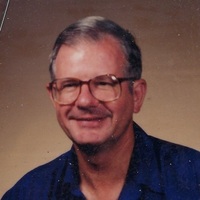 Jim was born Nov. 12, 1935, in Clinton County, a son of the late Roy and Vilma (Copas) Martin. He married Nancy Wintersteen in November 1976. She survives.

Jim graduated from school in Jackson Township, Clinton County. He was a veteran, having served in the U.S. Army from 1959 – 1961. Jim worked for Eli Lilly for 23 years. He was an accomplished guitar player and played in several local bands throughout Boone and Clinton County. Jim enjoyed traveling, going on fishing trips, and collecting antiques.

Jim was preceded in death by a step-son, Timothy Reifel and brother, Paul Martin.

A Celebration of Life will be held at a later date. Final care of Jim has been entrusted to the Strawmyer & Drury Mortuary, 2400 N. Lebanon Street, Lebanon.  Memorial contributions in his memory may be made to the Lewy Body Dementia Association, 912 Killian Hill Road, S.W., Lilburn, GA 30047 or to the Parkinson’s Foundation, 200 SE 1st Street, Suite 800, Miami, FL 33131.