You Are Here:Home>Obituaries>James Walter “Jim” Murphy 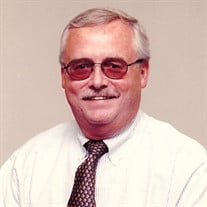 He was formerly married to Cindy (Hill) Murphy, and later divorced. On April 6, 1979, he was united in marriage to Sharon Lee (Loveless) Murphy at the Central Christian Church in Lebanon. They had shared 42 wonderful years together.

Jim’s career was in auto sales for many years. He worked for Lenox Lincoln Mercury and Pearson Ford in Zionsville. Following a successful career in auto sales, he was employed with Tervis Tumblers for eight years, retiring in 2013.

He was a member of the St. Joseph Roman Catholic Church in Lebanon. He also attended North Liberty Christian Church and the Presbyterian Church in Lebanon. Jim enjoyed doing yardwork, wintering in Florida and being on the beach, along with the great outdoors. Jim loved spending time with family and friends. He was hardworking, devoted to his family, always willing to lend a helping hand and continually carried a positive attitude.

Survivors include his wife, Sharon Murphy of Lebanon; two children, Heather Peterson of Arizona, Darin Tribbett of Boston; two grandchildren, Jacob Kay and Jordan Kay.
In addition to his parents, Jim was preceded in death by sisters, Patricia Myers and Marcia Lee.

Graveside Memorial Services will be held at 11:00 a.m. on Saturday, September 4, 2021 at Lincoln Memory Gardens in Whitestown, Indiana.