You Are Here:Home>Obituaries>Janice Lee Smith 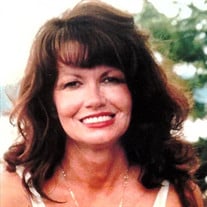 On March 4, 1967, she married her longtime sweetheart, Leon A. Smith, at the Baptist Church in Whitestown; he survives. This year they celebrated 54 years together. Janice and her husband are members of the First Baptist Church in Lebanon.

Janice lived in Boone County since the age of five, growing up around the Zionsville area. She was employed by Aero Custom Drapery of Westfield for 18 years, the last four years, working in the office until they closed. She later started her floral design business “Heavenly Creations” designing over 20 years at various shows and stores. Janice was proud that she had won 1st place at the Indiana State Fair with her floral designs.

She was a loving wife, mother and grandmother. She adored her Boxer dogs, Lex and Brody. Of her many hobbies, photography was one of her favorites. She also enjoyed painting, sewing, music, collecting and making angels, which she shared with friends and family. She was a huge fan of John Mellencamp, attending many of his concerts.

Janice also helped Leon in his auto detail business for 12 years. They shared a long and happy life doing many activities together, including owning many collector cars and attending car shows.

In addition to her parents, Janice was preceded in death by brothers, Mark Wray and Kenneth Wray.

Funeral Services will begin at 3:00 p.m. on July 6 at the funeral home in Lebanon. Interment will follow services at Oak Hill Cemetery in Lebanon.