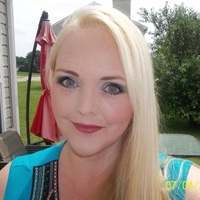 Jean Ann Mason-Hedges, 53, of Lebanon passed away peacefully at home on her favorite holiday, July 4th.

She was born on July 11, 1967 to Wayne Gurley and Susan (Gurley) Peterman in Stillwater, OK. The family moved to Lebanon in 1978. She graduated from Lebanon High School in 1985. During the summers of her high school years, she worked for the Smiths at various fairs. She met Eldon Mason while they were both working at a Renaissance Festival and they married on July 20, 1985. They had four sons in the twenty- two years of marriage before divorcing in 2007. She then married Ted Hedges in 2009 and gained two more sons.

For thirty- one years she was a very successful Mary Kay Consultant. In which time she was awarded three cars for her sales. She had a very loyal clientele and she enjoyed volunteering her time and skills to various women and young ladies around the area for special occasions, such as proms and weddings.

An avid music listener, Jean absolutely loved The Avett Brothers. Having seen them several times. However, her greatest joy in life came from being Jeanma to three grandsons that she absolutely adored.

She was preceded in death by her father Wayne Gurley, ex-husband Eldon Mason and their stillborn son Preston Gabriel Mason.

Family and friends will gather Sunday, July 11 for visitation from 2 p.m. until the time of the funeral service at 5 p.m. in the Strawmyer & Drury Mortuary, 2400 N. Lebanon Street, Lebanon. Jean will be laid to rest Monday, July 12 at 10 a.m. in the Oak Hill Cemetery in Lebanon. Memorial contributions in her memory may be made to Wounded Warrior Project, P.O. Box 758516, Topeka, KS 66675.