You Are Here:Home>Obituaries>Jeff A. “Boogie” Belcher 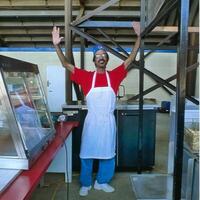 Jeff A. “Boogie” Belcher, 54, of Lebanon, passed away the afternoon of Monday, Feb. 22, 2021, at IU Methodist Hospital in Indianapolis.

Jeff was born August 26, 1966, in Boone County, a son of Sandra K. Sanders Belcher and the late Horace Ray Belcher. A lifelong resident, Jeff was known by many as “Boogie” and, or “Boog”. The legend of “Boog” began during his youth while spending endless hours at the Lebanon Boys and Girls Club playing pool and ping pong. It was hard to beat Jeff at a game of pool, when he was zoned in making his run! After graduation at Lebanon High School in 1985, Jeff was employed up until his death for local concessionaire, R.E. Smith & Company, traveling to many fairs and festivals throughout the midwestern and southern United States.  He loved attending live concerts while on break from work, playing billiards, ping pong and spending time with his son, family and friends. Jeff enjoyed watching the Colts, Pacers and all forms of motorsports. He cheered for the #24 of Jeff Gordon. Jeff will be missed by all, especially his carnival family.

He is survived by his mother, Sandra K. and son, Brandon Belcher of Alabama; aunts, uncles and many cousins.  He was preceded in death by his father, Horace Ray Belcher. The family plans to have a Celebration of Life at a later time. Memorial contributions in Boogie’s memory may be made to the Lebanon Boys and Girls Club.

Final care of Jeff has been entrusted to the Strawmyer & Drury Mortuary, 2400 N. Lebanon Street, Lebanon. You are invited to visit the website www.strawmyerdrury.com where you may sign his online register and leave a personal message.