You Are Here:Home>Obituaries>Jere E. Gilliam 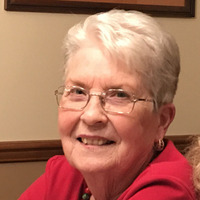 Jeré E. Gilliam, 81 of Lebanon, IN passed away peacefully in her Lebanon home surrounded by her devoted children & husband on Wednesday, July 27, 2022 after an extended illness.  She was born June 9, 1941 in Indianapolis, IN to Garvin & Eudora (Anderson) Buel.

Her childhood was spent in Indianapolis, Cloverdale, and Lebanon but the place she treasured most, during this time, was the summers spent with her maternal grandparents in Bowling Green, Indiana where she learned her homemaking skills from her beloved grandmother, Tina.  She learned to cook, garden, can, and sew…talents she would master & share with her family & community when she would later co-own Luther’s restaurant in Dover, Indiana.

She was introduced to the love of her life Luther G. “Bud” Gilliam by his sister and her best friend, Sue (Caldwell) Smith.

Following her wedding to Bud on May 29, 1965 the newlyweds especially enjoyed playing cards with her new sisters- in-law and their spouses Sue (A.K.) Smith and Linda (Joe) Portish.

Her greatest joy came in the form of her two children, son, Jon born on her 26th birthday & daughter, Crystal.

Throughout her life she was employed by Allison’s Transmission, at the Indiana State House, the Lebanon Holiday Inn where she was an executive secretary.  Together with her husband they co-owned The Umpire’s Choice card shop in Lebanon as well as Luther’s restaurant in Dover, Indiana where she became known especially for her delicious homemade pies.  She spent 35 years of faithful employment to Mr. & Mrs. Lenox (Dick and Mary Herr) and throughout the years cherished their friendship.  She retired in 2010.

After her children were grown and on their own she especially enjoyed her road trips with her daughter and having luck playing slots with Bud.

Family and friends will gather Monday, August 1, for visitation from 4 p.m. until 8 p.m. in the Strawmyer & Drury Mortuary, 2400 N. Lebanon Street, Lebanon. A funeral service will be held Tuesday, August 2, at 10 a.m. in the funeral home. She will be laid to rest at Oak Hill Cemetery in Lebanon.