You Are Here:Home>Obituaries>Joe Allen Hicks 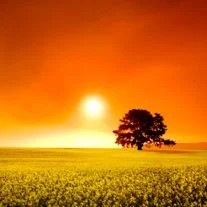 Joe Allen Hicks, 60, passed away Tuesday morning, September 29, 2020 at Signature Healthcare at Parkwood in Lebanon, Indiana. He was born at the Miami Valley Hospital in Dayton, Ohio on April 20, 1960, to Rosalea Fern (Gilbert) Hicks and the late Charles “Charlie” Gilbert Hicks.

He was a 1978 graduate of Lebanon, High School. Following high school, he attended Vincennes University, where he studied electronics.

Joe worked at the CVS warehouse in Indianapolis in the shipping/receiving department for ten years. He attended Walnut Street Baptist Church in Lebanon and served on the Trustee committee for the church. Joe was easy-going with a kind heart and enjoyed reading, fishing and camping.

In addition to his father, Joe was preceded in death by a brother-in-law, Steve Straub.

Visitation will be held on Tuesday from 1:00 p.m. until the time of service at the funeral home in Lebanon.

Memorials may be made in his memory to the Boone County Cancer Society, 117 West Elm Street, Lebanon, Indiana 46052.