You Are Here:Home>Obituaries>John D. Baldwin, Sr. 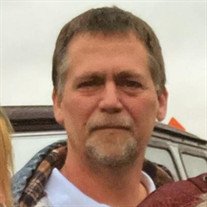 Having lived in Lebanon most of his life, John attended Lebanon High School. He worked as a self-employed car dealer for over 30 years.

John enjoyed family get-togethers and especially time spent with his grandchildren. In his free time, he liked to go fishing.

In addition to his parents, John was preceded in death by three brothers, Chester Eugene Baldwin, Robert Rex Baldwin, and William A. Clevenger.