You Are Here:Home>Obituaries>John David Hedges 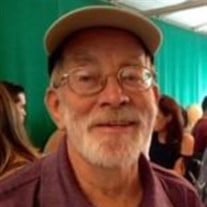 Mr. John David Hedges, 79, passed away on Thursday, February 24, 2022, at Ascension St. Vincent Hospital in Indianapolis. He was born in Whitestown, Indiana, on October 11, 1942, a son of the late Francis Cleveland and Edna Pearl (Cochran) Hedges.
On December 12, 1965, he was united in marriage to Norma (Belcher) Hedges in Whitestown. They had shared 56 loving years together.
Raised in the Whitestown area, John was a 1960 graduate of Whitestown High School. From 1966–1968, he served his country honorably in the United States Army. He worked as a project manager for Raytheon in Indianapolis for many years, retiring in 2008.
John was a faithful member of Lebanon Christian Church. He loved baseball, golf, dancing, camping, volleyball, bowling, and travelling on vacations. Above all, John loved his family and all the times they were together.
Survivors include his wife, Norma Hedges; son, David (Amy) Hedges; two grandsons, Isaac and Thomas Hedges; sister, Thelma Yaryan; sisters-in-law, Susie Hedges, Patricia Hedges, Margaret Hedges, Susan Wallis; many nieces and nephews.
In addition to his parents, John was preceded in death by his brothers, James Hedges, Francis “Tom” Hedges, Donald “Whitey” Hedges, and Ernest Hedges; and a sister, Pearl Rogers.
Funeral Services with Military Rites are planned for 12:00 p.m. noon on Thursday, March 3, 2022, at Myers Mortuary 1502 North Lebanon Street, Lebanon, Indiana. Visitation will be held from 10:00 a.m. until the time of services at noon. Interment will follow at Oak Hill Cemetery in Lebanon.
In lieu of flowers, memorial contributions may be directed in his memory to the Boone County Cancer Society, 117 West Elm Street, Lebanon, Indiana 46052.