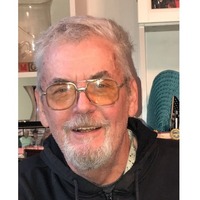 John served in the U.S. Navy during the Vietnam War and saw action; he was proud to be a Vietnam War Veteran. He worked for Commercial Filters as a welder, retiring after 30 years. John loved the Lord and would read daily devotions. His family was especially important to him, and he loved going on family trips, attending his grandkids’ sporting events, and visiting family in Arizona. John loved everyone he saw, and he was wise beyond his years.

In addition to his parents and wife, John was preceded in death by his daughter, Jessica Smith; grandson, Dagun Smith; brother, Harold “Sonny” B. Smith; and two nieces.