You Are Here:Home>Obituaries>John William Copeland 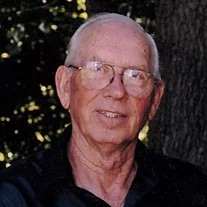 Mr. John William Copeland, 95, passed away Monday, December 7, 2020, at Witham Memorial Hospital in Lebanon, Indiana. He was born in Whitestown, Indiana, on June 24, 1925, a son of the late Marion Delaski “Dee” and Carrie Myrtle (Caldwell) Copeland.

A life-resident of Boone County, he was a 1947 graduate of Lebanon High School. He left school during his junior year and served in the United States Navy 1943–1946, during WW11. He was stationed in Honolulu, Hawaii where he served in the Naval Air Transport Service as a Seaman First Class. Upon discharge, John returned to Lebanon and completed high school.

On July 3, 1947, he was married to Elizabeth Joan (Lowe) Copeland in Lebanon; she survives. They had shared 73 loving years together.

John was employed for forty years at Shumate Business Forms where he was a compositor. He retired from printing in 1988 and, until recently, had worked for a number of years at Railer’s IGA. In 2018, John was presented the Golden Broom Award for his dedication in helping to maintain Lebanon as the cleanest city in Indiana.

He was a devoted husband, father, grandfather, and great grandfather who enjoyed his family, countless friends, and fellow veterans. John liked to keep active while playing golf, bowling, and square dancing. He held lifelong memberships with the American Legion, V.F.W., and the Elks Lodge, all in Lebanon.

Funeral Services are planned for 10:00 a.m. on Saturday, December 12, 2020, at Myers Mortuary, 1502 North Lebanon Street, in Lebanon, Indiana.
Visitation will be held from 4:00 to 8:00 p.m. on Friday, December 11, 2020, at the funeral home in Lebanon. Please follow the CDC guidelines, wear a mask and social distance while paying your respects.
Burial with military rites will follow services at Lincoln Memory Gardens in Whitestown, Indiana.