You Are Here:Home>Uncategorized>John William Rhoades 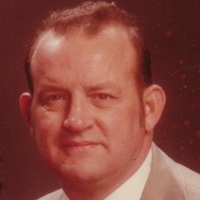 John William Rhoades passed away Tuesday, July 6, 2021 at St. Vincent hospital.  He was 86 years old and a lifelong resident of Boone County.

John was born in Boone County in his grandparents’ farmhouse on December 3, 1934.  A son of George William Rhoades and Nova Alice Whiffing, he was raised with 3 brothers – Robert, Max, and Allan Rhoades.

After graduating from Thorntown in 1954, he served his country in the U.S. Coast Guard for 4 years from Jan. 1955 thru Jan. 1959.  Following basic training in Cape May, New Jersey, he was stationed in Norfolk, Virginia and went on to graduate from Sonar School in Key West, Florida.  He served on the Absecon, the Chincoteague, and a submarine in the Atlantic waters.

On August 14, 1960 he married Margie Ellen Mitchell, and was blessed with 4 children – Johnny, Judy, Jimmy and Jennifer, and 6 grandchildren – Tara, Adeli, Audrey, Leon, Layla, and Frankie.  He was always so devoted to his family and so proud of their accomplishments.  John and Margie lived in the same home their entire married life.

Shortly after he married, he attended Indiana Business College, taught there for a while, then began his accounting career with Sam Oats, C.P.A., Stewart Warner and ending up as an Accounting Specialist at Lau Industries for 30 years.  He truly enjoyed his job.

Throughout his life, John was a regular blood donor, so proudly giving the gift of life.

For many years after retiring, John did lots of mowing and cutting brush.  He also sold Christmas trees raised on the family farm.  He always looked forward to that time of year, meeting with his loyal customers.  We thank you all for that.

One of his favorite pastimes was sitting in his La-Z-Boy, looking out the patio door watching the deer in his pasture.  Ironically, on the way home after his passing, Margie and Jennifer spotted deer 3 times.  The last one they saw was at their house standing along the corn field.  As he looked at them, he stood in perfect stature for several minutes.  Jennifer said, “That’s dad letting us know he’s ok.”