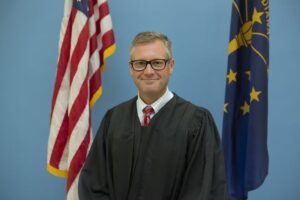 A Boone County judge is allowing Zionsville Fire Chief James VanGorder the right to intervene in a suit between the mayor and the town council. However, the judge stopped short of restoring VanGorder’s role and responsibilities, which Mayor Emily Styron reassigned to Acting Chief Joshua Frost. It’s the latest chapter in a battle of whether the mayor or the town council has the power demote or discharge a department head. Judge Matthew Kincaid issued a ruling on the matter late Thursday after hearing arguments for VanGorder’s request to be a party to the suit she filed against all seven members of the town council on March 16. More details in the Lebanon Reporter.