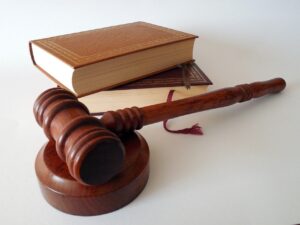 The City of Lebanon is asking a Boone County Judge to determine whether a Special Exception is needed to allow Stone Eater Bike Park to be built on City property, outside of City limits.

“We certainly did not want it to come to this,” said Lebanon Mayor Matt Gentry. “From the beginning, all the City has wanted was a fair application of the County’s own ordinance. We do not believe this has happened, so we must file for judicial review. We have a strong legal argument that a bike park is 100% permitted by right. Stone Eater Bike Park will have a positive recreational and economic impact for our community and surrounding area.”

On March 24th, City representatives went before the Boone County Board of Zoning Appeals to appeal the APC Executive Director’s decision that a Special Exception was needed to allow the recreation facility. City Engineer Kevin Krulik shared a portion of the County’s Zoning Ordinance, stating that a “Publicly Owned Park or Recreational Facility” falls in the “R-1” zoning designation, and does not require a Special Exception. After the City’s presentation, the Boone County BZA voted to uphold the County Area Plan Commission Executive Director’s recommendation, and deny the City’s appeal of the Director’s determination.

Boone County Board of Zoning Appeals representatives now has 30 days to respond to the City’s filing.