You Are Here:Home>Obituaries>Judith Kay (Griffin) Colvin 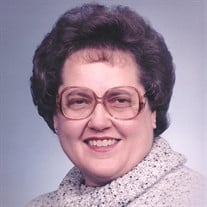 Judith Kay (Griffin) Colvin passed away Thursday morning, June 3, 2021, at St. Vincent Hospital in Indianapolis. She was born February 1, 1940, in Noblesville, Indiana, a daughter of the late Donald L. and H. Marie (Hanna) Griffin. At the age of two, the family relocated to Lebanon.

Judy graduated from Lebanon High School in 1958. She then attended and completed a stenographic course at Central Business College. She worked for Automatic Saw Company in Indianapolis for five years. Her next position was with American United Life Insurance Company, she was employed there for ten years. She was employed at St. Vincent Hospital on Fall Creek Boulevard in Indianapolis in 1972, in the nursing department. She participated in the hospital move to 86th Street, assisting with the administrative side of being sure all patients were moved safely and located in their new rooms. She advanced to Executive Assistant to the V.P. of Nursing. She retired from St. Vincent Hospital and Health Care Center after 34 years of service.

Judy was a member of the Central Christian Church. She was a Kindergarten Sunday School teacher for 10 years, served as a Deacon and Deaconess, and participated in the choir.

Judy met her future husband, Robert E. Colvin, in August 1960, while employed at Automatic Saw Company in Indianapolis. On March 5, 1961, they were married, and enjoyed 34 years together. Mr. Colvin died on April 2, 1995.

Mrs. Colvin enjoyed cooking, knitting, and cross stitching. Upon retiring, she enjoyed reading and a variety of puzzles. She was always ready to join friends or family and work with Meals on Wheels.

One of her favorite things was a reunion once a year with the Griffin cousins. They had grown up together, spending Sundays at their grandparents’ house for dinner, and they continued the closeness throughout their lives.

Funeral Services are planned for 11:00 a.m. on Wednesday, June 9, 2021, at Myers Mortuary, 1502 North Lebanon Street in Lebanon, Indiana, with visitation beginning at 9:00 a.m. until the time of services. Interment will follow at Oak Hill Cemetery in Lebanon.

Memorials may be directed to Central Christian Church, St. Vincent Hospital, or to the charity of the donor’s choice.