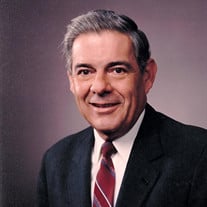 Mr. Keith E. Burkholder, 82, passed away on Monday, January 17, 2022, at Ascension St. Vincent Hospital in Indianapolis. He was born in Muncie, Indiana, on June 2, 1939, the only child of the late Victor L. and Kathryn A. (Walters) Burkholder. Keith would jokingly say he was an only child because his parents stopped at perfection.
He was united in marriage to Brenda Kay (Curless) Burkholder in Wabash, Indiana on June 19, 1960; she survives.
Keith was a 1957 graduate of Shields High School in Seymour, Indiana. He graduated from Ball State University and the Indiana College of Mortuary Science.
Keith joined his father in the funeral business in 1961. He owned and operated Burkholder Funeral Home in Seymour, Indiana, from 1984 to 1991 when he and Brenda moved to Lebanon to be near family. He served as the Jackson County Coroner/Deputy Coroner for 30 years. Keith joined Myers Mortuary in Lebanon during the Spring of 1992 as funeral director until 2002.
Having been active in the communities he lived, Keith was Past President of the Seymour Library Board, Past Exalted Ruler of Seymour B.P.O. Elks #462, Past Ritual Judge Indiana of the Elks. He held memberships with the Jackson County Funeral Directors Association, Past President of the 9th District of Indiana Funeral Directors Association, the Kiwanis Clubs of Lebanon and Seymour.
He had a wonderful sense of humor, a friendly demeanor, and positive outlook on life. He loved his family dearly and enjoyed every minute spent together. He had a number of interests including, astronomy, model trains, and bird watching.
Survivors include his wife, Brenda Burkholder; children, Katrina and Kelly Brown and Christina Blesic; grandchildren, Katelyn and Crockett Smith, Keith Brown, and Viktor Blesic; and great grandchildren, Lucy and Cassandra Smith.
Private Funeral Services were held on Friday, January 21, 2022, at Myers Mortuary in Lebanon, Indiana. Interment at Browns Wonder Cemetery in Lebanon.