You Are Here:Home>Obituaries>Kenneth B. Puckett 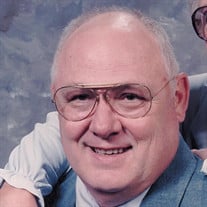 Mr. Kenneth B. Puckett, 80, passed away on Friday, August 13, 2021, at Witham Memorial Hospital in Lebanon, Indiana. He was born in Brazil, Indiana on May 15, 1941, a son of the late Brawn and Dorothea Alleen (Hamilton) Puckett.

Ken was a 1949 graduate of Stauton High School and attained a bachelor’s degree from Indiana State University. Following school, he served his country honorably in the United States Navy.

Throughout the years, Ken worked in the financial industry. He was employed with KMJ Financial Offices. He worked as a state bank examiner and for a period of time, he worked at the Boone County State Bank as a loan officer.

Family was the most important thing to Ken. He was a kind and genuine man; always there when family or friends needed him.

In addition to his parents and his wife, Ken was preceded in death by his sister and brother-in-law, Janis and Dennis McGlone.

Funeral Services with military rites are planned for 1:00 p.m. on Friday, August 20, 2021, at Myers Mortuary, 1502 North Lebanon Street in Lebanon, Indiana, with visitation from 11:00 a.m. until the time of the service at 1:00 p.m.
Interment will follow services at Lincoln Memory Gardens in Whitestown, Indiana.

Memorials may be made in his honor to the American Diabetes Association, 8604 Allisonville Road, Suite 140, Indianapolis, IN 46250 or to a Veterans charity of your choice.