You Are Here:Home>Obituaries>Kenneth “Kenny” D. Limp 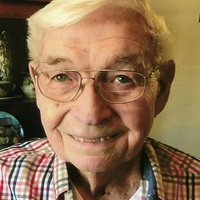 Kenny was a 1947 graduate of Lebanon High School. He was a farmer in the grain and livestock business for 50 years on the family farm, retiring in 1995. He was very active in the Lebanon community having been on the Lebanon School Board, Lebanon Education Foundation Board of Directors and a season ticket holder for the Lebanon Boys Basketball team since 1947.  Kenny was a member of the First Baptist Church and served as trustee, deacon board member and youth sponsor.

In addition to his wife and parents, Kenny was preceded in death by his sons, Gary and David Limp; a sister, Helen Jarrell; and brothers, John W., Hugo, and James Limp, Jr.

Family and friends will gather Wednesday, Mar. 17, 2021 for visitation from 10 a.m. until the time of the funeral service at 2 p.m. with Pastor David Wright officiating in the Strawmyer & Drury Mortuary, 2400 N. Lebanon Street, Lebanon. Kenny will be laid to rest at Oak Hill Cemetery in Lebanon. Memorial contributions in his memory may be made to First Baptist Church, 1383 E. 75 N., Lebanon, IN 46052 or a charity of the donor’s choice.