You Are Here:Home>Obituaries>Kenneth Wayne “Kenny” Newman 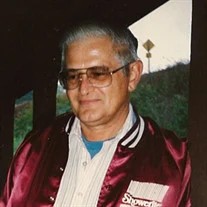 He was a 1957 graduate of Lebanon High School. Following high school Kenny honorably served in the Indiana National Guard and the U.S. Army from 1957 to 1965.

On May 27, 1958, he married Martha Charlene (Basey) Newman; she survives, and they shared 62 loving years of marriage.

Kenny and his wife owned and operated a Ken-Mar Sewing Center on the square of downtown Lebanon, in the late ‘60’s to 1970. He also was employed with various grocery stores in Lebanon and later worked for Stewart-Warner Corporation as an electrical engineer for thirteen years. He finally retired in 2000 from Lau Industries.

He enjoyed fishing, hunting, family gatherings, bowling and western movies, especially with John Wayne. He also was an avid NASCAR and Colts fan. Kenny was a hard worker, who was also very caring and deeply devoted to his family.

In addition to his parents, Kenny was preceded in death by two infant sons, Charles Louis Newman and Terry Wayne Newman; daughter, Diana Huard and one brother, Rodney K. Newman.

Visitation will be held at the funeral home in Lebanon on Monday from 10 a.m. to 2 p.m.

Interment with military rites will follow services at Oak Hill Cemetery in Lebanon.