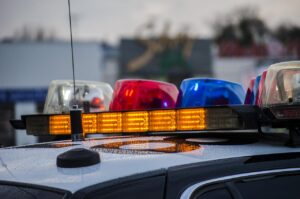 At approximately 6:19 AM Friday morning, Boone County Communications received a 911 call from a good samaritan advising there were three individuals that had been kidnapped out of Lawrence, IN at the Interstate 65 148 mile-marker northbound rest park. Boone County Sheriff Deputies responded to the scene to find Bridgette Cesnik 26 of Lawrence, IN and two juveniles being held against their
will by a Jacob Gibson 27  of Greenfield, IN.
After further investigation it was discovered that the Lawrence Police Department had recently responded to a call in their jurisdiction, searching for Bridgette. Shortly after making this discovery, the Lawrence Police Department was contacted, and their detectives responded to the scene. Lawrence PD Detectives took Jacob Gibson into custody and was transported to the Marion County
Jail.