You Are Here:Home>RadioMom Local News>Lebanon Man Found Guilty Of 2 Counts Of Child Molest 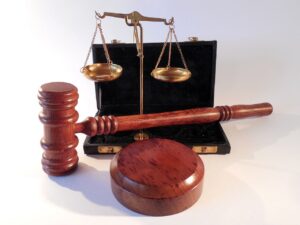 On May 5th, Rodney Maxwell Perry, 33 of Lebanon was found guilty by a Boone County jury of sexually abusing an 8-year-old child. The jury returned a unanimous verdict convicting Perry of one count of Child Molesting as a level 1 felony and one count of Child Molesting as a level 4 felony. The charges stem from acts committed by Perry between January of 2016 through August of 2019. In August of 2019, a report of possible abuse was made to the Department of Child Services which then prompted a criminal investigation. During the criminal investigation, the child was forensically interviewed by Sylvia’s Child Advocacy Center where the child disclosed sexual abuse.
The Prosecution Team was led by Special Victim’s Prosecutor Heidi Jennings, cocounsel Deputy Prosecutor Christina Pace and Lebanon Police Detective Amy Dickerson. After the verdict, Special Victim’s Prosecutor Heidi Jennings stated: “This young child demonstrated incredible courage in coming forward and talking about the sexual abuse she endured. We are grateful that we were able to help obtain this result for the child and the child’s family.” Prosecutor Eastwood when asked to comment on the verdict stated: “May this verdict serve as another example of how this Office and Community will always stand up for those who
cannot protect themselves. I want to express a special thank you to BCPO Deputy Prosecutors Heidi Jennings and Christina Pace, Director of Victim Services Tracey Christner, Paralegal Rachel Dennis, Lebanon Police Detective Amy Dickerson, Danielle Allen of Sylvia’s Advocacy Center, and the Indian Department of Child Services. Results such as this are a testament to the dedicated efforts and teamwork consistently displayed by law enforcement and investigative agencies in Boone County.
The sentencing hearing for Perry is set for June 14, 2021 in Boone Superior Court I