You Are Here:Home>RadioMom Local News>Lebanon Man Sentenced For Child Molest 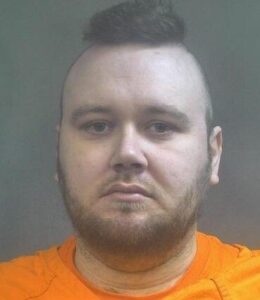 On June 21st, Rodney Maxwell Perry, 33, of Lebanon was sentenced to a total 45 Years at the Indiana Department of Corrections on two counts of Child Molest by Boone Superior Court Judge Matthew Kincaid. Additionally, Perry was declared to be a Sexual Violent Predator and upon completion of his sentence at the Indiana Department of Corrections will be required to register as such and follow all other legal obligations imposed on sexually violent predators.
In May, Perry was found guilty by a Boone County jury of sexually abusing an 8-year old child. The jury returned a unanimous verdict convicting Perry of one count of Child Molesting as a level 1 felony and one count of Child Molesting as a level 4 felony. The charges
stem from acts committed by Perry between January of 2016 through August of 2019. In August of 2019, a report of possible abuse was made to the Department of Child Services which then prompted a criminal investigation. During the criminal investigation, the child was forensically interviewed by Sylvia’s Child Advocacy Center where the child disclosed sexual abuse
The Prosecution Team was led by Special Victim’s Prosecutor Heidi Jennings, co-counsel Deputy Prosecutor Christina Pace and Lebanon Police Detective Amy Dickerson. After the sentencing, Special Victim’s Prosecutor Heidi Jennings stated: “Today’s sentence would not have been possible without the incredible courage and strength of the young child who came forward and told the jury about the sexual abuse endured. The victim and our community are safer knowing that this defendant will be serving the next 45 years in prison.”