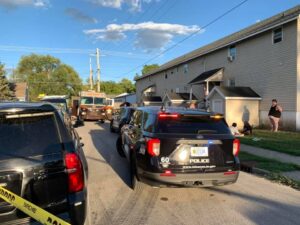 At approximately 06:11 p.m. on September 8th, 2021, Lebanon Police Officers responded to 403 East Walnut Street on the report of three deceased persons. Lebanon Officers arrived on scene and confirmed three deceased individuals were inside the residence with obvious violent, traumatic injuries. The Boone County Homicide Task Force and Crime Scene Investigators were called to the scene.
The three deceased individuals were identified as Grace Bishop, age 20, of Lebanon, Brannon Martin, age 21, of Lebanon, and Larry Stogsdill Jr, age 42, of Lebanon. Their deaths are being investigated as a homicide. The public is not believed to be in any immediate danger at this time.