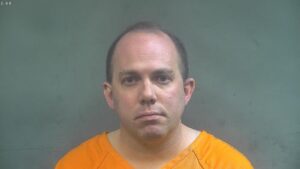 Brian “Joey” Boyer Lebanon High School band director has been formally charged with child solicitation, a Level 5 felony. He has an initial hearing Friday in Boone Superior Court 1. The charges state that Boyer solicited a victim that he believed to be at least 14, but less than 16, to engage in sexual intercourse or sexual conduct. A Level 5 felony carries a possible sentence range between one and six years. Boyer has been employed at Lebanon since July of 2019. Before that, he spent 16 years as the band director at Twin Lakes High School in Monticello.